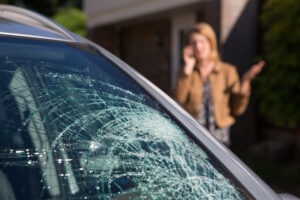 Car accidents in Texas in 2018 led to over 3500 fatalities which, fortunately, was a 4% decrease in deaths on the roadways. But the unfortunate reality is that Texas has some of the highest fatality rates along with California, which means the problems on the roads are far from solved.

Car accidents with a reasonable amount of damage tend to lead to accident claims with insurance companies. The quality of those claims is how victims are either compensated or denied financial damages. In this article, we want to discuss some of the behaviors that can lead an insurance company to offer you less in damages, or even deny your claim altogether.

You Weren’t Wearing a Seat Belt

Did you know that if you were found not to be wearing a seatbelt in your accident, the insurance company might offer you less money? In 2009, Texas lawmakers passed the bill that seatbelts were mandatory for all vehicle passengers. When insurers get wind that you were not wearing a seatbelt, they are inclined to offer you less money for your claim since it was against the law.

Part of the reason for this is that Texas works from a modified comparative negligence law which is used to determine how each person contributed to an accident and injuries as a result. Insurers use the lack of seatbelts as a way to deny or offer less compensation for those who don’t wear seatbelts. If you work with an experienced Austin car wreck law firm, you will have a better chance at overcoming this challenge and get the compensation you need to recover.

You Engaged in Road Rage

While not easily proven, if you engaged in road rage, the insurance company will likely not award you as much in damages. In fact, they may even deny your claim since road rage in Texas is a criminal offense. Your car wreck lawyer in Austin should be able to build a credible story for your behavior, but often, road rage will significantly impact your insurance claim. This will especially be true if the other driver (or witnesses) have video of this happening.

The other part of this is, when your insurance company gets word that you did engage in road rage, your insurance rates might also go up, adding insult to injury.

We know what you are thinking, how does my credit have anything to do with my ability to drive? Well, according to studies, drivers with poor credit scores tend to have the worst driving records. If there is a question as to who is at fault or what percentage you contributed to the accident, your credit score might lead to a lower settlement.

This factor might not surprise you as you may have already experienced higher insurance rates as a high-risk driver. However, if you get into a car accident there is a chance the insurance company will offer you less in a settlement, simply for having a bad driving record. It will be in your best interest to work with an Austin car wreck attorney so you can build a good case as to why your driving record shouldn’t be taken into consideration.

Now that you have an idea of some of the ways a settlement can be impacted by certain behaviors; let’s also discuss why insurers deny claims. This will be helpful information if you’re trying to build a successful insurance claim after a car wreck in Austin TX.

Your Insurance Coverage Has Holes

One of the most common reasons an insurance company will deny your claim is they will cite that your policy doesn’t cover you in some way. This happens all the time to motorists and for several reasons, but the key to a proper claim is understanding your policy thoroughly. If you haven’t read your policy, that should be a top priority. If your plan is confusing, your car wreck lawyer in Austin can help you through the insurance jargon and find the angle to help you overcome minimal coverage. 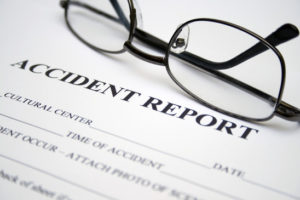 You Didn’t File a Claim in Time

While you have two years to file an insurance claim in the state of Texas, your insurer may have their own rules according to your policy. Your Austin car wreck attorney will be able to make a case to help you through this challenge, but this can be avoided if you simply review your policy. It is better if you don’t have to overcome some surprise time limit and risk having your case dismissed on a technicality.

If your name doesn’t appear “on” the policy, the insurance company is not likely to accept your claim. This often happens when couples purchase insurance together in one (but not both) names. Check with your insurance company to have this remedied as soon as possible, so you’re not caught without coverage for all the drivers in your household.

The insurance adjuster may not accept your claim if the facts don’t add up. This means if the damage assessment to your car seems inconsistent, they might not be willing to pay what you’ve claimed. On another note, if your medical records don’t seem to match up with your injury claims, they will likely fight you on this point as well.

You Denied or Didn’t Get Immediate Medical Attention

No matter how significant or insignificant you feel your injuries are, always choose to be looked at by a physician. One of the most common causes of claim denials is because victims failed to seek medical care. Car accident injuries tend to show up days or even weeks later, so don’t let too much time pass before you get proper medical care. If you do, you will put your claim at risk.

Can we help you with an accident claim? Robson Law is an Austin car wreck law firm near you, and we are here to listen to your claims and help you through this legal process. Give us a call and connect with us to set up an appointment.