KXAN reports on a three-vehicle crash on Farm to Market 969 that sent one person to the hospital with critical injuries. Austin-Travis County EMS were performing CPR on the victim en route to UMC Brackenridge. 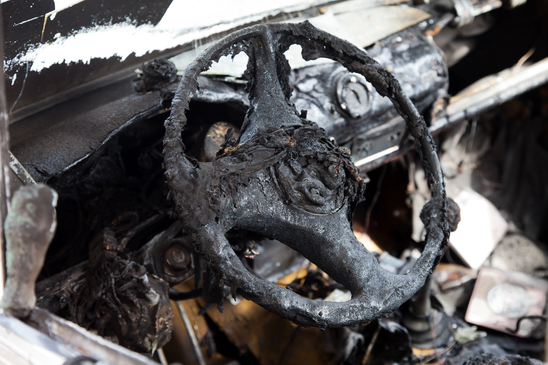 The collision occurred just before 6 a.m. and appeared to have been a T-bone accident. The cause of the crash is still under investigation, but it is likely that driver error was a contributing factor. According to data from the National Highway Traffic Safety Administration, approximately 94 percent of all traffic accidents are caused by driver errors.

If you or someone you love was injured in a crash with a negligent motorist, you may be entitled to compensation for medical expenses, lost wages, vehicle repairs, and non-economic damages. Unfortunately, the personal injury claims process is riddled with legal hurdles, and insurance companies are notorious for denying and undervaluing claims that should be approved. This is where a personal injury lawyer can help.

The legal team at the Robson Law Firm has recovered more than $26 million for clients in successful settlements and verdicts. Call 512-345-8200 to arrange a free consultation with an injury attorney in Austin.

Tips for Avoiding Accidents on Your Early-Morning Commute

Millions of Americans have an early-morning commute to work or school. In the early hours of the day, the roads are peppered with drowsy drivers and motorists who are speeding to stay on schedule. Although you cannot control the actions of other drivers, you can reduce your risk of crashing by following these three tips:

Drivers who are behind schedule are more likely to speed or make illegal maneuvers to make up for lost time. In 2015, speeding contributed to an estimated 27 percent of all traffic fatalities, according to data from the Insurance Institute for Highway Safety.

According to the NHTSA, there are three categories of distracted driving: cognitive, visual, and physical. Eating behind the wheel falls into all three groups.

Do not make a habit of eating your breakfast on the go. One spilled cup of coffee might be all it takes to cause a deadly accident.

Fatigued driving caused 44,000 injuries and 800 deaths in 2013. The effects of drowsiness are similar to those of alcohol, so it is essential that you get plenty of sleep and visit your doctor if you have an untreated sleep disorder.

You should also keep your distance from drivers who show one or more of the following signs of fatigue:

If you were injured in an early-morning crash that another driver caused, contact the Robson Law Firm to discuss your options for recovering compensation. Call 512-345-8200 to schedule a free initial consultation with a personal injury lawyer in Austin.