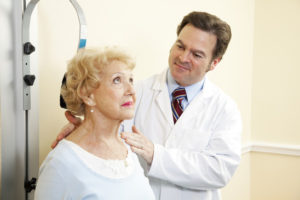 Although the last decade has seen profound breakthroughs in medical technology, medical malpractice is alarmingly common in the United States. In fact, according to research from Johns Hopkins Medicine, medical negligence is the third leading cause of death in the country.

Data from the Journal of Patient Safety shows that approximately 400,000 patients die due to preventable medical mistakes every year. Those who are fortunate enough to survive medical errors often endure permanent disabilities.

If you were injured or lost a family member due to a medical error, contact the Robson Law Firm. You may have grounds for a medical malpractice claim.

Our attorneys have recovered more than $26 million for our clients in successful settlements and verdicts. Call 512-345-8200 today to schedule a free initial consultation with an accident lawyer in Austin.

What Should I Do as a Victim of Medical Malpractice?

Although most doctors, nurses, and pharmacists do all they can to provide competent care, a small oversight during any stage of treatment could have devastating consequences for the patient. Disorganization, communication errors, fatigue, and countless other factors contribute to medical negligence.

If you believe that you were a victim of medical malpractice, it is critical that you take immediate action. Prompt treatment could be the difference between life and death, or between making a full recovery and living with a permanent disability. Also, acting quickly could put you in a more favorable position to file a medical malpractice claim.

Follow these four steps if you were a victim of medical negligence:

Filing a successful medical malpractice claim often involves an uphill legal battle. You or your attorney must be able to prove that the standard of care you received is below the acceptable standard of care in the medical worker’s specialization. This requires extensive evidence in the form of medical documents and possibly testimonies from medical experts.

If the incident occurred in Texas, turn to the Robson Law Firm. An Austin accident lawyer will handle the legal aspects of your claim so you can focus on recovering from your injuries. Call 512-345-8200 to schedule a free initial consultation.