Alcohol contributes to nearly one-third of all motor-vehicle accidents in the United States. Despite awareness campaigns that illustrate the dangers of drunk driving, 13,138 people died in drunk-driving wrecks in the state of Texas between 2003 and 2012, according to the Centers for Disease Control and Prevention. 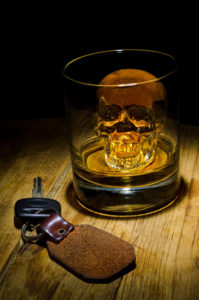 If you were injured by a drunk driver, you may be entitled to compensation for medical expenses, lost income and other damages. An accident lawyer from the Robson Law Firm can evaluate your case to determine if you have grounds for a claim.

Our attorneys have been representing the injured for more than 20 years, and we have recovered more than $26 million for our clients. Call 512-345-8200 to schedule a free initial consultation with an injury attorney in Austin.

According to an anti-alcohol abuse program called The Right Step, Texas has the highest number of impaired drivers in the United States. If you drive often, chance are you’ve shared the road with an intoxicated motorist.

Many drivers underestimate the magnitude of this problem, but these five statistics reveal that drunk driving has become an epidemic in our state:

Even if you never drive under the influence, it is important that you know what to do after a drunk-driving crash. One misguided statement or action could prevent you from recovering fair compensation for lost income, medical bills and other damages.

If you were hurt by an intoxicated driver in Texas, turn to the Robson Law Firm. An Austin injury attorney will help you fight for the maximum settlement. If your case goes to trial, we have the resources and litigation experience to represent your interests in court. Call 512-345-8200 today to schedule a free initial consultation.