The I-35 Curse Strikes Again

What comes to mind when you think about places that are haunted? An old house, perhaps? An abandoned hospital? Surely, the image of a highway doesn’t show up. Well, maybe it should; at least when it comes to Austin’s I-35. 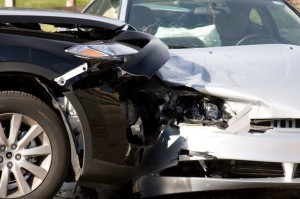 Interstate 35 is notorious for being one of the most accident-prone highways in Texas. In fact, the city’s 2012 Traffic Safety Report showed that 15 percent of the city’s car accident fatalities occurred on the infamous roadway.
Though local lawmakers implemented the I-35 Corridor Development Program to help improve traffic safety on the interstate, accidents continue to happen at an alarming rate, leading many Austin residents to wonder if they shouldn’t have a personal injury lawyer on speed dial.
Most recently, I-35 was the location of a fatal crash that took place on August 19 – one that could have been prevented.
Austin police are in the midst of investigating the auto accident, the cause of which was a wrong-way collision. The crash happened shortly after 2:30 AM on the southbound lanes of I-35 right before the upper and lower deck split. One person was killed on-site as a result of the crash.
According to a KXAN article, two vehicles were involved in the crash. Unfortunately (and ironically), it was the person who was driving in the right direction that died.
Police reports explain that the driver responsible for the crash was a 23-year-old woman. Authorities say she had somehow gotten into the southbound lanes of I-35 and proceeded to head north. To make matters worse, the driver had a passenger in tow. Both people suffered potentially life-threatening injuries and were rushed to University Medical Center Breckenridge in critical condition.
The individuals had been out celebrating a birthday, explain authorities. Though alcohol has not been ruled as the official cause of the crash, Austin Police Chief Art Acevedo has a strong hunch that the woman had been intoxicated. In all honesty, how else would you explain driving on the wrong side of the road?!
No matter how much you may think you can hold your liquor, just one drink can severely impact a person’s ability to drive. Alcohol is one of the top contributing causes of car accidents in Austin, contributing to more than 60 fatal collisions this year alone. Still, no matter how many lives are claimed in a DWI crash (or any other kind of auto accident for that matter) on I-35, not much appears to be changing when it comes to safety enhancements.
Still, there is a silver lining. Because of the negligence factor associated with DWI (Drinking While Intoxicated) accidents, victims and the loved ones of those who are wrongfully killed can file a DWI personal injury case with an Austin drunk driving accident attorney.
Though a drunk driving charge carries criminal penalties, civil penalties can also be imposed. This is especially important to remember, as there’s always a chance the drunk driver will be let off the hook in court during the criminal trial, as many times, DWI cases end up getting dismissed in court.
With the right personal injury attorney, victims who sustain serious injuries or who lose a loved one because of an intoxicated driver’s poor choices can be eligible to receive compensation, which may include reimbursement for medical bills and lost income.