AUSTIN, Texas. In the aftermath of Uber’s fatal self-driving vehicle accident there had been a great deal of speculation about what went wrong. After the autonomous vehicle fatally struck and killed a pedestrian, some commentators questioned whether the autonomous technology failed. Others suggested that the back-up driver in the car had been distracted and on her phone. Now, we know what went wrong. According to Slate, Uber’s self-driving vehicle did not stop because the company had disabled the car’s emergency brakes. 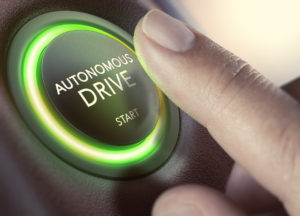 It turns out that the accident is not the result of autonomous systems failures, but rather a problem of poor corporate decision-making and distracted driving. Uber disabled its autonomous vehicle’s emergency brakes because when the brakes were engaged the cars didn’t always operate smoothly. The back-up driver in the car was put there to stop the car in the event of an emergency.

What happened in the autonomous vehicle crash was this: the car recognized an object in the street 6 seconds before the crash occurred. The autonomous vision system initially misidentified the object. By the time the vision system properly identified the object as a pedestrian, the car couldn’t do anything about it because it’s emergency brakes had been disabled. According to the New York Times, the autonomous vehicle “knew” it needed to stop for more than a second before the accident took place. The human driver in the car had been tasked with both monitoring the road and monitoring the car’s onboard computers. The driver claims that she was monitoring the computers when the accident occurred.

As autonomous technology expands and hits public roads, experts believe that more accidents will occur. However, what happened here shows a series of errors on the part of the company. Rather than ironing out the technology to permit smoother rides without the need for “shortcuts,” Uber chose to disable the car’s emergency brakes. Rather than hire two people to monitor the vehicle, as is standard in other company’s testing situations, Uber only put one back-up driver inside the car. Critics have already expressed concern about situations where companies put too much pressure on back-up drivers to react in an emergency. The reality is that autonomous cars are good enough that emergencies rarely happen. When they do, the driver may have his or her guard down. Many autonomous car companies have an all-or-nothing approach to self-driving cars. Either they have to work autonomously, without human help, or they don’t work at all.

What we see here is a failure on many levels: on the level of the technology (which appears to not be fully ready for the road) and on the human level—in terms of decision-making and attention.

The Robson Law Firm are personal injury lawyers in Austin, Texas who are closely watching as this story develops. Will this event spur greater government intervention of autonomous vehicles? At the end of the day, in this accident, like in any other, humans were ultimately at fault. If you’ve been in an accident due to another person’s negligence or neglect reach out to the car accident lawyers at https://robsonlawfirm.com/ today. We may be able to help you understand your rights and seek justice.