How Does Sleep Deprivation Affect Your Driving Ability?

Drowsy driving is a widespread problem in the United States. The symptoms of fatigue are similar to those of intoxication, and nobody is immune to the effects of drowsiness. Despite the dangers, the National Sleep Foundation reports that more than half of adult drivers—60 percent—have admitted to getting behind the wheel while drowsy. 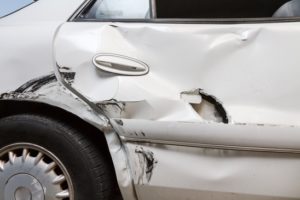 There is no test to determine drowsiness, and driving while suffering from sleep deprivation is not necessarily illegal, but it is still a form of negligence. Motorists have an obligation to other drivers, passengers, and pedestrians to remain alert while driving, and drowsiness prevents them from doing so.

If you sustained debilitating injuries in a collision with a drowsy driver, contact a personal injury attorney from the Robson Law Firm. Call 512-345-8200 to schedule a free initial consultation with an Austin accident lawyer.

Read on to learn four facts that will make you think twice about driving while fatigued:

According to the AAA Foundation for Traffic Safety, researchers estimate that drowsy drivers are responsible for 21 percent of all fatal collisions. People who fall asleep at the wheel may drift into oncoming traffic or off the road entirely, resulting in single or multi-vehicle collisions with devastating consequences.

NPR reports that motorists who only get six hours of sleep in a 24-hour period are twice as likely to cause a collision as drivers who get at least seven hours of sleep in the same period. Additionally, the less sleep a person has had in the past 24 hours, the higher his or her risk of getting in a crash.

The National Sleep Foundation reports that several traffic accidents caused by drowsy driving have resulted in jail sentences for the liable motorists. Drowsy driving may not sound as dangerous as drunk driving, but it is ultimately a form of recklessness, and some courts had out harsh penalties for doing so.

The Centers for Disease Control and Prevention reports that adults need at least seven hours of sleep per night, and teenagers should get at least eight. Sleep deprivation can affect your life in a variety of negative ways, and driving while fatigued can be fatal. Luckily, it is possible to avoid driving while drowsy by simply getting enough sleep every night.

Although anyone can suffer from sleep deprivation, certain people have a higher risk of drowsy driving. These populations include adults with children in their household, commercial drivers, and individuals who take medication that may cause drowsiness.

If you or someone you love sustained serious injuries in a drowsy driving collision, you may be entitled to compensation for medical bills, lost income, and non-economic damages. An accident lawyer from the Robson Law Firm will evaluate your case, gather evidence, and help you fight for the maximum payout.

Call 512-345-8200 to schedule an initial consultation with an Austin personal injury attorney. Visit the USAttorneys website to learn more about car accident claims in Texas.